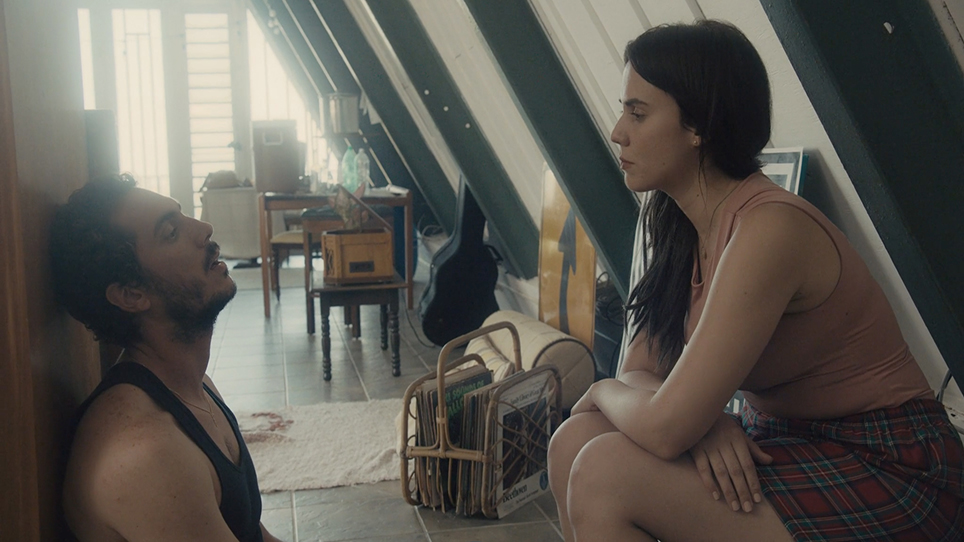 WITHOUT PRESCRIPTION WILL BE PRESENTED WITH THE SHORT CALABAZA

Attempting to silence the OCD voice in her head, Olivia escapes a family Christmas party to illegally acquire pills through the town's pharma-dealer, David. Trapped in his house by a tropical storm, the two strangers start to develop an unexpected human connection that results in another type of medicine she wasn't expecting.

After having her Obsessive Compulsive Disorder under control for a year after an apparent suicide attempt, Olivia tries to enjoy the preparations for her family's Chritmas Eve party. That is, until the OCD voice in her head returns, and prompts her into a desperate search for the pills that have helped her in the past for her condition. Unfortunately, Olivia doesn't have Health Care and has to reach out to her friend from a mental institution, Jessica, to give her the contact of her dealer/boyfriend, David.

After an OCD attack in which she riguriouly cleans her teeth to the point of almost tearing out a tooth, Olivia agrees to pick-up the pills in David's house. Even though Olivia finally has her pills, she's mysteriously attracted to David, who she finds out eventually needs more mental help than herself. Between a jealous interruption by Jessica and another by David's father, who finds out his son has been stealing from his pharmacy, Olivia and David start to unveil their true selves while a massive rainstorm roars outside. Eventually Olivia has the courage to confess the shameful event that plummeted her mind into her condition. Two strangers become each other's medicine during a Christmas afternoon in a small mountain town in Puerto Rico. 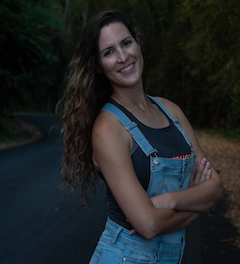 Juliana Maité is a Puerto Rican filmmaker born in San Juan, Puerto Rico. She completed her studies in Drama and Film between the University of Puerto Rico, Hunter College (NYC) and L'Univerttá Cattólica (Milán). In 2012 she graduated from the EICTV (International Film and TV School in San Antonio de los Baños, Cuba) after three years of formation as a fiction director.

Her short film "Agón" (2012) won Best Short Film in the XXIV San Sebastian Horror and Fantasy Week in Spain. In 2018, HBO bought her dark comedy short film "Preach," eventually developing this story as her first feature film Almost There (2019). Her second feature film, Without Prescription (2022), an intimate drama about mental health and human connections, premiered in SXSW 2022 and won the Audience Award for the Global Category.