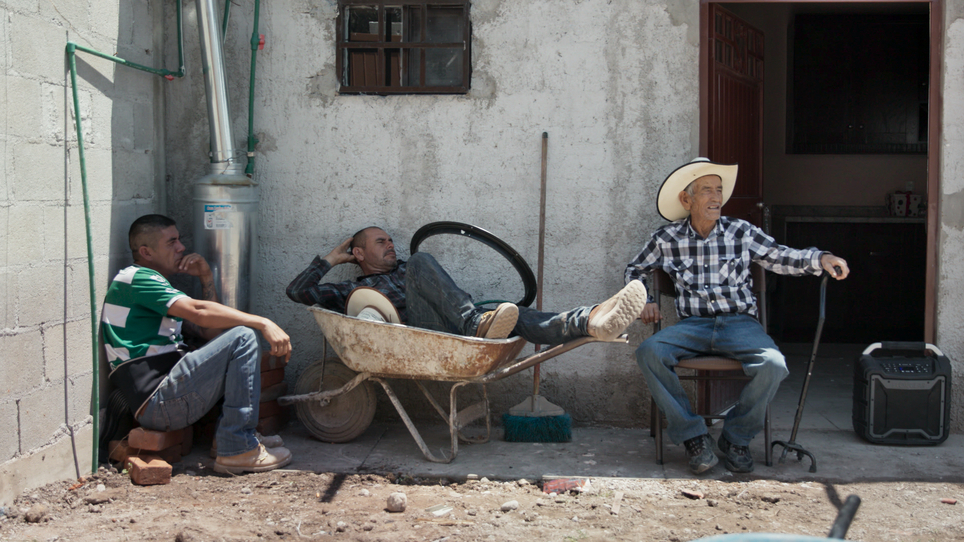 What We Leave Behind

After a lifetime of bus rides to the U.S. to visit his children, Julián quietly starts building a house in rural Mexico. In filming his work, his granddaughter crafts a personal and poetic love letter to him and his homeland.

At the age of 89, Julián takes one last bus ride to El Paso, Texas to visit his daughters and their children-a lengthy trip he has made without fail every month for decades. After returning to rural Mexico, he quietly starts building a house in the empty lot next to his home. In the absence of his physical visits, can this new house bridge the distance between his loved ones?

Over several years, director Iliana Sosa films her grandfather's work, gently sifting through Julián's previously unspoken memories brought up by the construction project and revealing both the daily pragmatism and poetry of his life. What We Leave Behind unfolds as a love letter to Sosa's grandfather, and serves as an intimate and insightful exploration of her relationship with him and his homeland. 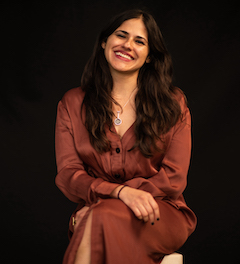 Iliana Sosa is a documentary and narrative fiction filmmaker based in Austin, Texas. A former Bill Gates Millennium Scholar, she was born and raised in El Paso, Texas, and she is the daughter of Mexican immigrants.

Iliana's documentary short "An Uncertain Future," co-directed with Chelsea Hernandez and co-produced by Firelight Media and Field of Vision, premiered at the 2018 SXSW Film Festival where it won a Jury Award for Best Texas Short. She co-produced the Emmy-nominated feature documentary Building the American Dream (SXSW 2019) and served as field producer for the Emmy-nominated POV documentary series And She Could Be Next. Iliana has been a Firelight Media Impact Producer Fellow, Sundance Institute Development Fellow, Women at Sundance Adobe Fellow, and Berlinale Talents participant. Her work has been supported by JustFilms/Ford Foundation, Field of Vision, Austin Film Society, and WarnerMedia 150, among others, and Iliana has participated in the True/False Catapult Retreat, The Gotham Documentary Lab, the Jacob Burns Film Center Residency. liana was named one of Filmmaker Magazine's "25 New Faces of Independent Film" in 2020 and one of DOC NYC's "40 Under 40" in 2021.