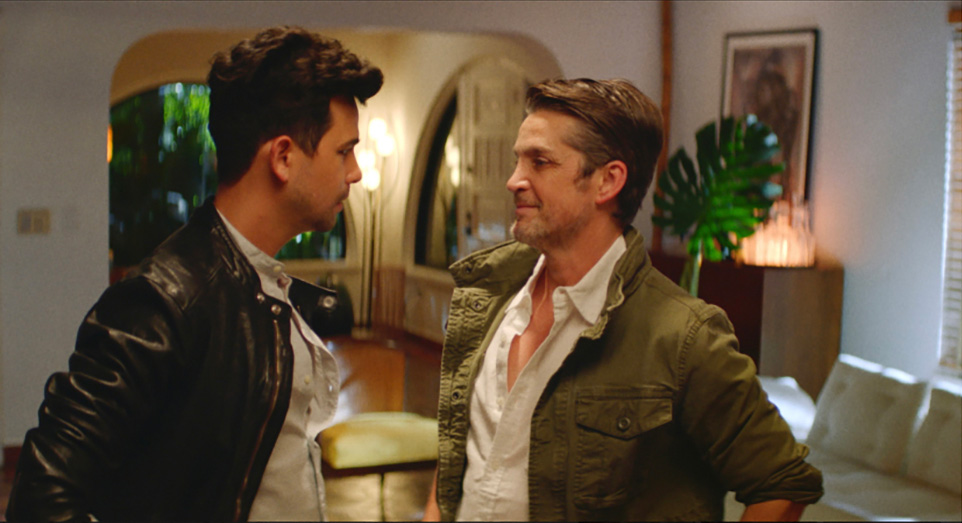 Borrowed tells the story of David, a reclusive artist living in the Florida Keys. His private and tortured life is changed forever when Justin visits him. They get more out of their time together than either could have imagined.

David is a middle aged painter and former Navy officer living in a secluded but beautiful shoreline house in the Florida Keys. He breaks his willful isolation to paint a portrait of Justin, an edgy young man. The date takes an unexpected turn, and David must do everything in his power to keep control of the situation while discovering Justin's true intentions.

Carlos Rafael Betancourt is a Cuban filmmaker and AFI Alumnus based in Los Angeles. He has more than ten years of experience in film, television and commercials. His oeuvre deploys stylized visuals, magical realism, nature and social drama.

Oscar Ernesto Ortega Cuba is a Cuban filmmaker. He was an Cinematography Studies scholar at the University of Arts of Cuba, and EL CENTRAL was the site of his praxis post-graduation. From Havana to Miami, Ortega Cuba has focused in both technical and creative fields for over ten years. Finding visual narrative in the most unexpected ways is the key element of his work as cinematographer and director.